The phenomenon of “The Time in Between”; an invitation to start sewing again 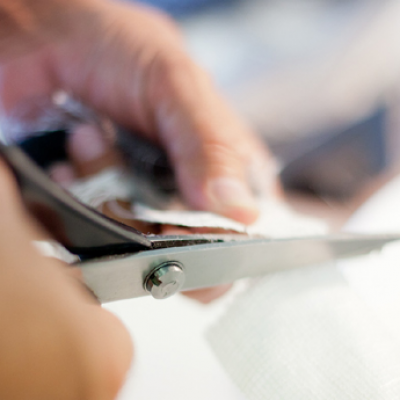 There are TV series that make us travel the world, some others bring zombies one step closer, or show us the daily routine of police officers or teenagers. But there is one that revives the passion and art of home sewing and fabrics… This is the case of the popular TV series “The Time in Between”, showcased by the Spanish TV channel Antena3. Its tremendous influence has increased the sales of sewing machines on Amazon.es a vast 135% after the release of the first episode in October.

Follow by about 5 million spectators per episode, “The Time in Between” has been labeled as “the best Spanish TV series in this past decade”.

This TV drama, based on the book of the same name, written by María Dueñas, has not only convinced and encourage audience loyalty during these first episodes, but also has influenced sewing machine sales skyrocket. The need to revive this textile tradition, to sit one more time at the sewing machine and start creating custom made clothing, to revive the art of dressmaking for the most sophisticated women of the town. Today, it is all about the pleasure of making your own garment, to see that you can create these beautiful personalized curtains made to customers taste. Since the channel broadcasts this series, Amazon.es has reported a 135% increase in sewing machines sales. This means that sewing machines have become the best-selling item in home appliances. This fact shows how the TV series has transmitted perfectly the essence of the plot, the daily routine of Sira Quiroga, a young Spanish dressmaker who leaves Madrid, not long before the coup d’état of 1936, for Tangiers with a lover that she barely knows, leaving her mother and finance behind.

Her life changes so quickly and she establishes herself in Tetouan, where she starts up a workroom and transforms herself into a prestigious couturier. Her attention to detail is so fascinating that we can recreate the variety of fabrics, of colors, of textures that are the day a day on Sira’s workroom. The TV series has also captivated us, thanks to the colorful palette of fabrics, relaunching the art of sewing and the love of creating with your hands.